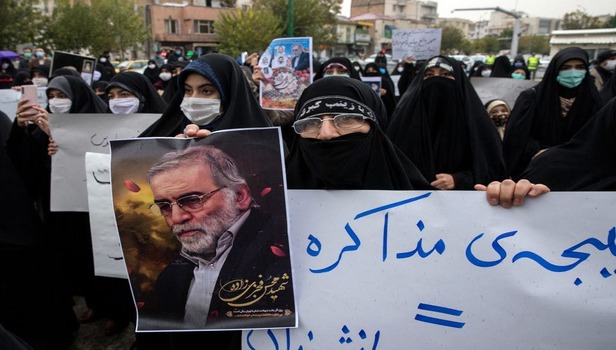 In an interview to Iran's state media, Russian Foreign Minister Sergei Lavrov has said that Russia stands with Iran in the case of killing of Iranian nuclear scientist Mohsin Fakhrizadeh.

He said that Russia agreed that he was murdered for the purpose of creating unrest in the region.

Sergei Lavrov described Iran and Russia as "two important countries" playing an important role in the "New World Order of the World".

Iran's state-run TV network One (IRTV1) has translated Lavrov's words of Russian into Persian, saying he said, "We condemn the killing of scientist Mohsin Fakhrizadeh." We see this as an inciting terrorist act and an attempt to create unrest in the region. It is also an issue of interference of foreign governments.''

He also referred to the assassination of Lt Gen Qasim Sulemani on 3 January 2020 and said "it is unacceptable for any country".

Quds Force chief General Qasim Suleimani was killed in a US drone strike in Iraq. The United States had declared him and his Quds Force as terrorists, responsible for the deaths of hundreds of American citizens.

At one point in the interview, he emphasizes the point of cooperation between Iran and Russia. He says, "The level of our mutual cooperation with Iran is not with any country." Even during the Corona epidemic, our mutual trade has increased, not decreased.''

He also told that trade with Iran increased by 20 percent in 2019 and during the pandemic it has increased by eight percent.

He asserted that the trade agreements between Iran and Eurasia in 2019 provided opportunities for a larger market for Iran.

Sergei Lavrov criticized the US for withdrawing from the nuclear deal in 2015, as well as emphasizing the importance of removing the dollar in free trade.

Iran's banking sector is restricted and because of this, it cannot use the dollar in trade with foreign countries.

The country's top nuclear scientist Mohsin Fakhrizadeh was killed in an ambush by gunmen in the city of Absard, adjacent to Iran's capital Tehran. Iran's leaders have blamed Israel for the killing and said it will be avenged.