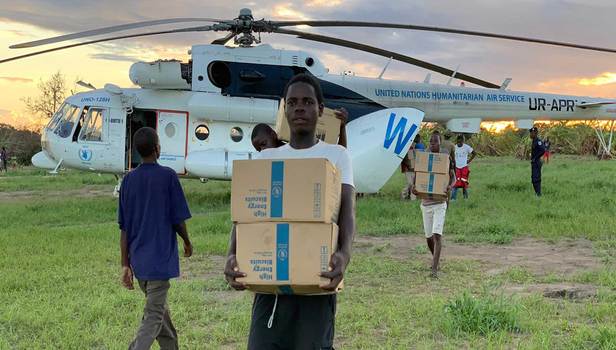 The World Food Program was awarded the Nobel Peace Prize of the year 2020 on 10 December 2020.

David Beazley, executive director of the World Food Program, said, "It is impossible to imagine that in 400 AD 90 percent of the entire population died due to a severe famine in the city of Rome. At the same time the fall of the Roman Empire began. The question is, did the famine happen because of the fall, or did the Roman Empire collapse because of the famine? I think the answer to both is yes.''

David Beazley said, "In this rich, modern, technologically advanced world, it is also impossible to imagine that we are heading towards the same kind of famine." But today it is my duty to say that famine has reached the threshold of humanity.''

He said, "Failure to prevent famine will lead to many lives and devastation." We believe that the path to peace lies in food security. This Nobel Prize is not just for thanks, but for taking steps.''

The World Food Program is the world's largest humanitarian aid organization that works extensively for food security against hunger.

The World Food Program is the food program of the United Nations. It is headquartered in Rome.