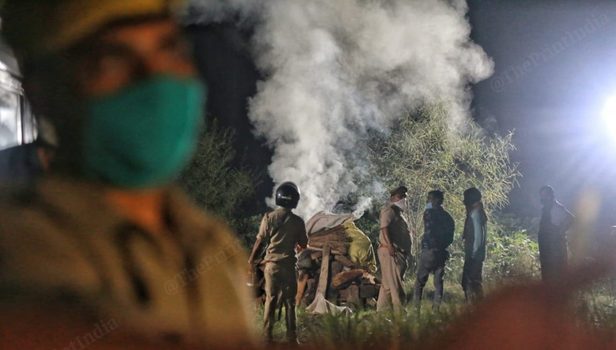 The CBI has filed a charge sheet on 18 December 2020 in the gang rape and murder case of a Dalit girl in Hathras, Uttar Pradesh, India.

The CBI officials have also imposed sections of gangrape and murder on the four accused, Sandeep, Lavkush, Ravi and Ramu, for the crime committed with a 19-year-old Dalit girl.

According to the news agency PTI, the counsel for the accused told that the local court of Hathras has taken cognizance of the case.

The CBI was investigating the case under the supervision of the Allahabad High Court and CBI officials probed the role of accused Sandeep, Lavkush, Ravi and Ramu in the entire case.

The four accused are currently in judicial custody. CBI officials said the four were also subjected to separate tests at the Forensic Science Laboratory in Gandhinagar, Gujarat.

Apart from this, the CBI investigation team also talked to the doctors of Jawaharlal Nehru Medical College. This is the same hospital where the deceased was treated.

The Hathras gang rape case came up for discussion not only because of the barbarity of the criminals, but also in the Uttar Pradesh police, without the permission of the family of the deceased and there was a dispute over the funeral of the girl in his absence.

Later, the Uttar Pradesh government had told the court that the girl was cremated in a hurry due to fear of deteriorating the situation of justice in the area.

The 19-year-old girl belonged to a Dalit family while the four accused belong to the upper caste.

In this whole case, the confusion of caste-system prevailing in Uttar Pradesh was also revealed when Mahapanchayat was called in some villages in favor of the accused.

Not only this, questions were also raised about the girl being gang raped. In addition, the Uttar Pradesh government had for some time banned the media's entry into the victim's village.

In this case, the Uttar Pradesh government had talked about getting narco test of the family of the victim, which was also disputed because the narco test is usually from the accused party.

A Special Investigation Committee (SIT) was finally formed after allegations of lewd attitude on the Uttar Pradesh government and administration. However, the investigation was later handed over to the CBI.